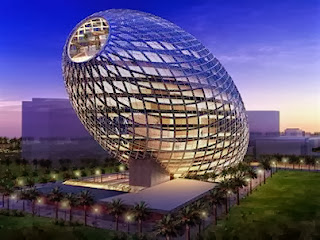 I call this the giant olive or sea cucumber. In fact I don't know what it is meant to be.
I thought it might spur your imaginations as it is an interesting shape.

The added criteria this month is THE SEA.
You can use any seaside picture so long as you can explain how this inspired you. 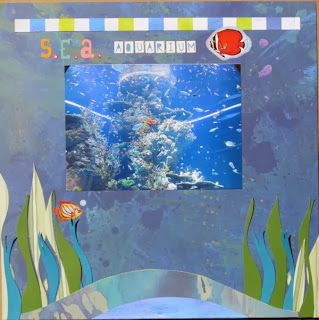 The criteria to go with the image was the sea. This year my family visited the Sentosa Aquarium where there was this enormous cylindrical aquarium filled with tropical fish. I've cut the sea plants with a decorative 12" trimmer and some scissors. 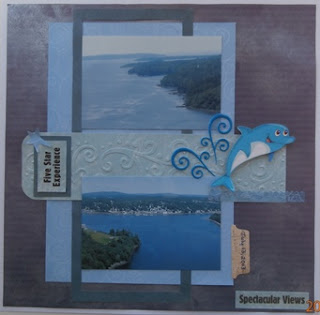 I was inspired by the blues in the Inspiration photo and used a "sea theme" for the criteria.  The darker blue pp was misted with a silver mist which was also inspired by the dusky, silvery-looking colors in the photo.  The tiny strip of washi tape (under the 3D dolphin) was cut with pinking shears along one edge.  3D swirls behind the dolphin look like splashing waves.  The center strip of pp was embossed and the date was added on the folder tab in the lower right.  Clear stickers serve as the page title (with a punched star on it) and sub title.  Sketch is Page Maps (Apr 2010). 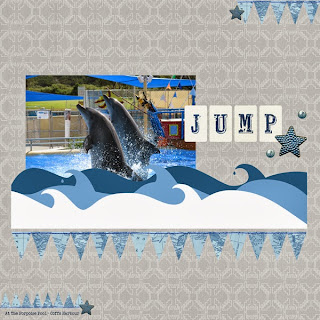 This building looks like a sea creature rising from the waves (well if you use your vivid imagination it does lol)  so I went with a photograph my daughter captured of the performing dolphins at The Porpoise Pool in Coffs Harbour.
Aren't they magnificent, beautiful creatures?  I've added in some symbolic waves and a number of sea style embellishments to fit the theme.
TRISH 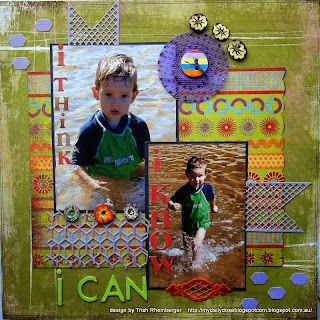 This is a photo of my DGS when younger, I though the title apt with the look on his face.  The tulle flower reminds me of the purple ... I shall call it a gherkin for want of a better name.  The cheery Lynne die I doubled the cut out that resembles the pattern of the gherkin shaped building and finally the die cut under the bottom picture is another example of the shape of the building.
SUSAN 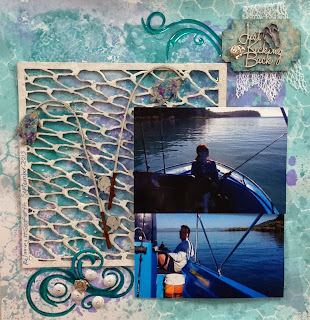 When I saw the picture I thought of a big fish net so I built my layout from that idea. The background is meant to reflect the water. 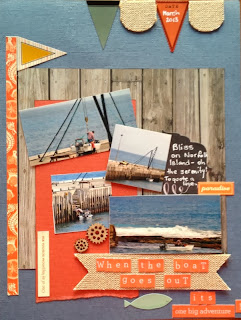 I use the 'sea' theme here on my LO using some photos of how they launch boats from the Jetty on Norfolk Island.


It really is an interesting thing to watch as a car, winch & the boat is involved then off goes the boat for some recreational fishing.
I used some hessian, & woods with my photos to sure up the Jetty and give a maritime feel.
NICOLE 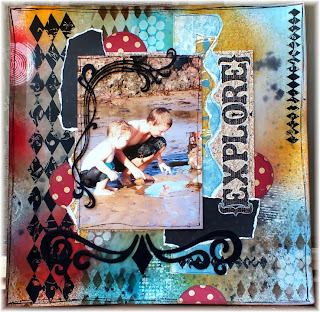 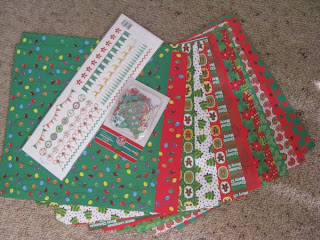 So come on & join in the fun at Archiscraps.
I'm sure you all can create one. 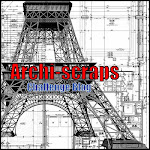